Maharashtra may be a mixture aged old charm, natural wonders and a modernity that creates the state one among the foremost significant tourist centres of India. Temples, beaches, ancient monuments and captivating hill stations are what make Maharashtra one among the foremost preferred among holiday makers.
We will offer you an inventory of a number of the interesting places you’ll visit for a touristy experience.

Maharashtra Tours – Mumbai
Located off the coast of the Arabian Sea , Mumbai the capital city of Maharashtra is that the commercial and financial centre of the state. The populous and active city juggles an urban setting with places of natural wonder and heritage that one need to visit. because the busy world hurtles past, watch the sunrise at Marine drive, visit the historic Gateway of India because the sun has set, join the beachgoers at Girgaum Chowpatty, trip to the Elephanta Caves or continue a pilgrimage to Siddhivinayak temple or Haji Ali dargah. continue a shopping trip to a number of the exotic shopping bazaars of Mumbai.

Maharashtra Tours – Pune
Along with Mumbai and Nashik, Pune forms the Golden Triangle of Maharashtra. Nestled on the banks of the Mutha River, Pune which is taken into account the Cultural Capital of Maharashtra and therefore the Oxford of the East, has several educational and research institutions. a number of Pune’s best tourist attractions are the Shivneri Fort built during the rule of Chhatrapathi Shivaji, Aga Khan Palace inbuilt 1892, Dagdusheth Ganapathi Temple, Capitol Hill fortress of Sinhagad, the exotic hill station of Lonavala and therefore the Shaniwar Wada Palace that was built way back in 1732 and is renowned for its exquisite architectural styles and stories of haunting!
Pune is about 145 km from Mumbai.

Maharashtra Tours – Ambajogai
Ambajogai is within the Beed district of Maharashtra. referred to as the cultural capital of the Marathwada, Ambajogai is renowned as a tourist centre for Devi Yogeshwari Temple which attracts tons of pilgrims from the Konkan region. inspect the traditional Shivleni caves or Jogai mandap, rock cut cave monuments that are under the care of the Archaeological Survey of India and therefore the Kholeshwar Shiva Temple, said to possess been built during the reign of the Rashtrakuta Dynasty.
Ambajogai is about 25 km from the Parli Vaijnath Jyothirlinga temple and 480 km from Mumbai.

Maharashtra Tours – Aurangabad
The principal city of the Marathwada region, Aurangabad is renowned for its textiles and tourist places. you’ll visit the Ajanta and Ellora Caves that are UNESCO World Heritage Sites, Panchakki watermill of the 17th century within the Dargah of Baba Sahib Musafir, the 52 Big Gates, the 14th century Fort at Daulatabad and Bibi Ka Maqbara or Mini Taj of the Deccan which is that the tomb of Aurangzeb’s wife Rabbia-ud-Durrani.
Aurangabad is about 327 km from Mumbai.

Maharashtra Tours – Nagpur
Nagpur is that the winter capital of Maharashtra. Nagpur is renowned for its extensive cultivation of oranges and therefore the refore the Orange City is additionally an enthralling tourist centre which has great holiday getaways that include ancient lakes and dams just like the Sakkardara and Khekranala lakes and the Totladoh Dam. The Satpura arboretum and therefore the Japanese garden at the Seminary Hill, the ruins at Markanda, Rama Temple at Ramtek and Sitabuldi Fort are a requirement visit.
Nagpur is about 800 km from Mumbai and is definitely accessible by train or flight.

Maharashtra Tours – Mahabaleshwar
Rising about 4500 ft above msl, Mahabaleshwar on the Sahyadri ranges, once the summer capital of the previous Bombay Presidency, abounds with lush greenery and is dotted with ancient bungalows built during British Rule. Mahabaleshwar and its vicinity have variety of touristy places you’ll visit, just like the Pratapgad Fort built by Chhatrapathi Shivaji in 1656, Panchgani Hill station (18 km), Bhambavli Flower Valley and India’s tallest and most enchanting Bhambavli Vajrai Waterfalls (41 km) away.
Mahabaleshwar in Satara district is about 263 km from Mumbai.

Maharashtra Tours – Solapur
Solapur lies on the brink of the states of Karnataka and Telangana at the south east border of Maharashtra. In close proximity to Solapur are variety of serious pilgrim centres of Maharashtra. Phandarpur Vittal temple (72 km), Akkalkot Swami Samarth Maharaj Temple (37 km), Tuljabhavani Temple (35 km), Siddheshwara Temple and therefore the 14th century Bhuikot Fort which features a Shiva temple and a well maintained garden where you’ll spend a leisurely evening are a requirement visit.
Solapur is about 396 km from Mumbai. There are several trains from Mumbai to Solapur.

Maharashtra Tours – Ahmednagar
Ahmednagar to the northeast of Pune has some very beautiful trekking trails. aside from these, there’s the traditional Amruteshwara Shiva temple in Ratanwadi which showcases the architectural dexterity of the Shilahara Dynasty. Enroute is Arthur’s Lake and a few of the foremost beautiful sights of nature, wild high mountain ranges spaced with cascading waterfalls that are any photographers’ delight. you’ll also visit Meher Baba’s Samadhi, Shani shingnapur, the Cavalry Tank Museum with vintage collections dating back to the planet Wars, Ahmednagar Fort and Siddhivinayak Temple.
Ahmednagar is about 524 km from Mumbai.

Maharashtra Tours – Shirdi
Shirdi is one among Maharashtra’s most oft visited pilgrimage city. The town lies within the Rahata taluk of Ahmednagar and is accessible by train, air and road. Shirdi is taken into account the holy town where lived a 19th century saint called Sai Baba of Shirdi. The saint was endowed with powers that would heal peoples’ illnesses and will see through their past, present and future lives. Devotees from all round the world visit Shirdi throughout the year. you’ll also visit Dixit Wada Museum, Dwarakamai Mosque, Lendi Baug, house of Laxmibai Shinde and therefore the Chavadi.
Shirdi is about 240 km from Mumbai.

Maharashtra Tours – Kolhapur
The dish of India is yet one more popular tourist destination of Maharashtra. There are variety of temples in Kolhapur and tourists on a pilgrimage need to visit the town to tour places just like the celebrated Kolhapur Mahalakshmi temple considered one among the Shakthi peeth, Bahubali temple, Kopeshwar temple for Shiva, Bhavani Mandap near the Mahalakshmi temple and therefore the Nrusinhawadi temple said to possess been built by King Adil Shah of Bijapur.
Kolhapur is about 370 km from Mumbai.

Nashik
Nashik is an ancient city that lies on the banks of the Godavari River within the northern portion of Maharashtra. Dotted with wineries along the landscape and referred to as the wine capital of India, Nashik is that the third largest city of Maharashtra. a number of the interesting touristy places in and around Nashik are the Pandavleni Caves, which are Buddhist viharas of the first century, Trimbakeshwar Jyothirlinga temple and Panchavati near the Godavari River where Rama, Sita and Lakshmana spent their exile.

With Numerous fantastic fortifications, rich culture, and a stunning history Maharashtra is a traveler shelter. Numerous pleasant slope stations, and social centers like Kolhapur and Pune, makes this goal a spot to celebrate and a reward with a great deal of greater inspiration. Maharashtra Jewelry and fiery tart joys are one of its sort nourishments and very sure to stimulate your taste buds, the exhibitions and encounters that this place where there is givers and extraordinary Maratha Kings brings to the table are such huge numbers of!

Surely unblemished, the territory of Maharashtra is ornamented with gems of decent variety, some valuable, semi valuable and some are very much shrouded pearls. Tranquil Beaches; grand mountains; striking noteworthy landmarks and antiquated destinations come full circle to bring about a mysterious spot like Maharashtra. A conspicuous conundrum can be seen, where one piece of the state like Mumbai and Pune appreciate current life and conveniences, different parts like Matheran, Lonavala, Mahabaleshwar are satisfied with the rural life and quietness of the scene. Maharashtra is lowered by the presence of Shirdi, which is the old neighborhood to the blessed Sai Baba and is a famous vacation destinations, while, Aurangabad (Ajanta and Ellora caverns and Bibi ka Maqbara) allows Maharashtra to be pretentious of its rich history and making it a significant touring place. Glossing over the experience of occasions in Maharashtra are the goals like Ganpatipule and Tarkarli, which with their peaceful settings and beautiful perspectives can intrigue anybody. The long Konkan Coastline; the far east found national parks (Tadoba National Park); the vineyards of Nasik; the cooking and footwear of Kolhapur and the focal point of elective mysticism in Pune further improves the appeal of Maharashtra visit. 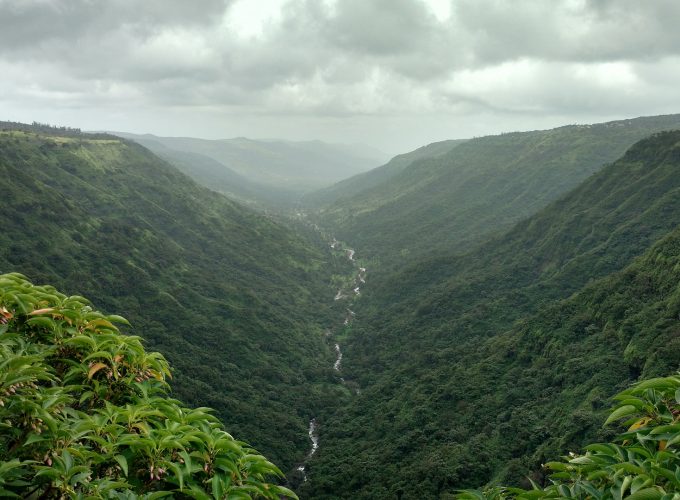 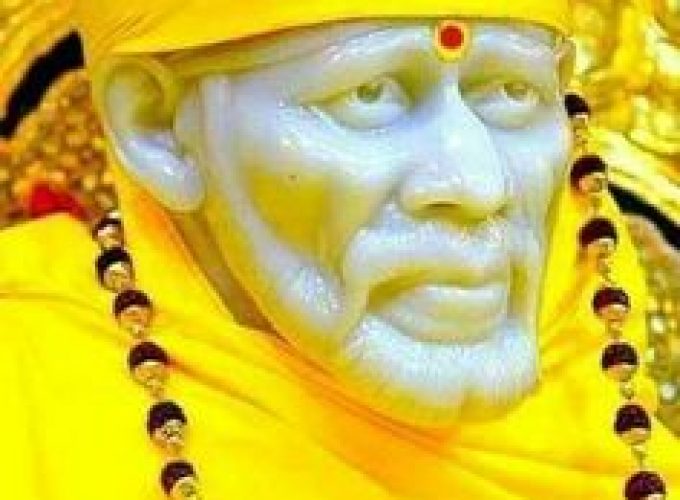